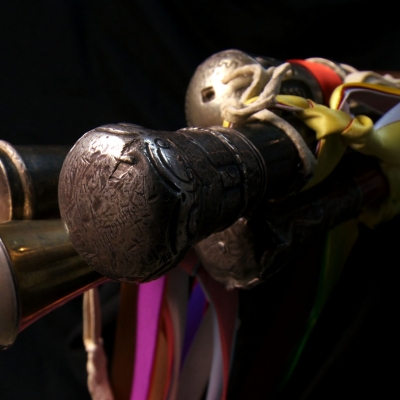 Canes of Power, narrated by Cherokee Actor Wes Studi – a recent Academy Award recipient – is the story of President Abraham Lincoln’s gift of engraved wood canes gifted to each of New Mexico’s 19 Pueblo nations. The canes symbolized the recognition of tribal sovereignty at the very same time 13 Southern states were seeking their own sovereignty (in the form of succession) from the United States.