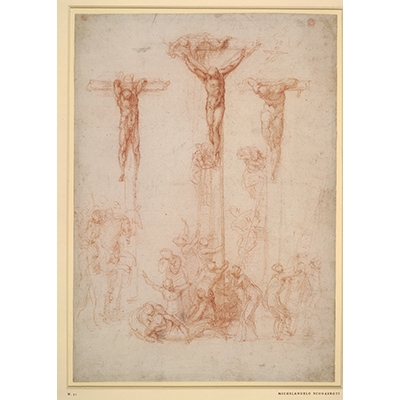 for The birth, death, and resurrection of Christ

A public lecture Presented by British Museum Curator Hugo Chapman, Simon Sainsbury Keeper of Prints and Drawings at the British Museum,  followed by book signing of the exhibition catalog for The birth, death, and resurrection of Christ: from Michelangelo to Tiepolo.

During the Renaissance, biblical episodes from the life of Christ were the artistic mainstay for a majority of artists. This exhibition focuses on the three major stages of Christ’s life: his incarnation, in the form of the Nativity; his Crucifixion; and finally the Resurrection. Through fifty three drawings and prints from the British Museum, we explore the way that artists differently envisioned these key moments of Christ’s life and how they prepared their paintings and frescoes on these themes.

Beginning in the Renaissance and ending in the 18th century these skilled works chart the continuity and differences in the narrative approach, while also providing a broad overview of the functions, techniques and major artistic trends of the period.