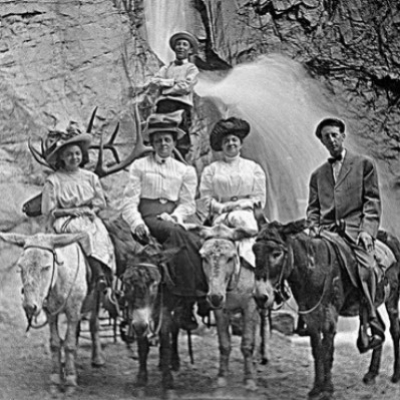 Jewish Women Pioneering the Frontier Trail in the American West

Jews, particularly Jewish women, found unprecedented opportunity in the early American West. Jewish women here took advantage of those opportunities well in advance of women in other areas of the country and took leading positions in social welfare, business, education, the professions, and politics while at the same time ensuring Jewish continuity. Western Jewish women’s involvement at the vanguard of these efforts is striking given their relatively small numbers. They synthesized the Jewish, American, and western values they had developed, and in the process, they helped shape the contours of the future of western towns and cities as well as the American Jewish community.

Dr. Abrams is a professor at the Center for Judaic Studies and the University Libraries at the University of Denver. She is the author of numerous books and articles in the fields of Jewish, medical, and American History in academic and popular venues, including Jewish Women Pioneering the Frontier Trail: A History in the American West. Her book Revolutionary Medicine: The Founding Fathers and Mothers in Sickness and in Health was named the “Top Book for Docs” by Medscape in 2013. Her latest book, A View from Abroad: The Story of John and Abigail Adams in Europe was published by NYU Press in 2021.

This presentation is being jointly sponsored by the Fray Angelico Chavez Library and the Friends of History in conjunction with a grant  from the Sue and Felix Warburg Collection in Honor of Willi and Flora Spiegelberg. The grant to the New Mexico History Museum provides resources to make  collection acquisitions and to undertake research on Jewish Women Pioneers in 19th Century New Mexico History.

You can register for the lecture at: https://friendsofhistorynm.org/event/jewish-women-pioneering-the-frontier-trail-in-the-american-west/