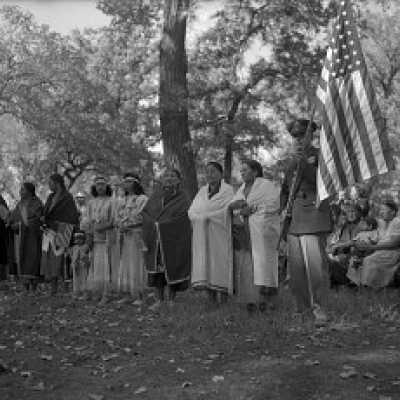 Why We Serve: Native Americans in the United States Armed Forces

Native people have served for the same reasons as anyone else: to demonstrate patriotism or pursue employment, education, or adventure. Many were drafted, but tribal warrior traditions, treaty commitments with the United States, and responsibility for defending Native homelands have also inspired the enduring legacy of Indigenous military service.